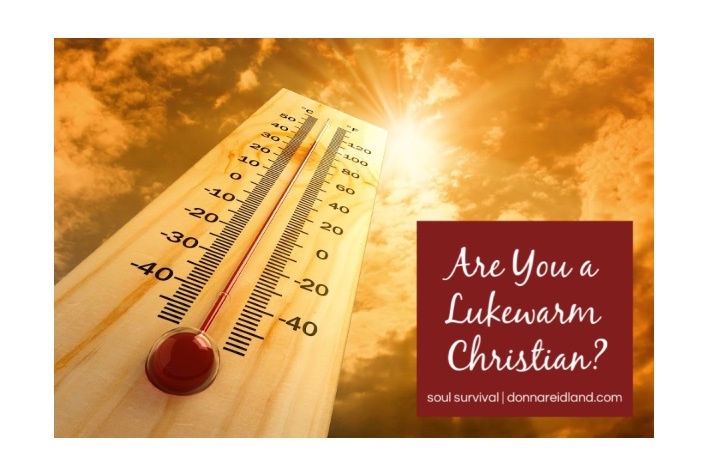 I know your deeds, that you are neither cold nor hot; I wish that you were cold or hot.  So because you are lukewarm, and neither hot nor cold, I will spit you out of My mouth.

Around two thousand years ago there was a town in the area we now think of as Turkey.  This town was part of the Roman Empire, an extremely important banking and industrial center in that realm.  Products were regularly exported from the town such as extremely fine clothing, glossy black wool and eye salve developed by the local medical school.  This town likely had a pretty good economy going and some wealthy citizens within it because of this.  If there was any problem the town had, it was its water supply.  It had to pipe in water from hot springs located some distance away; by the time the water got to the town it was lukewarm and full of bacteria that caused great sickness among those who drank it.

Yet the water supply wasn’t the worse problem found in this town, not from a spiritual standpoint anyway.  You see, the name of this town was Laodicea.  During the time in which Revelation was written, there was a church in Laodicea with whom Jesus had some serious problems.  This church was one of seven churches in what is now Turkey who received messages from Jesus in the book of Revelation, and Laodicea was the only one to whom Jesus had absolutely nothing good to say.

Why?  He knew their deeds (vs. 15-16).  He knew that they were not spiritually on fire for Him, and He also knew that they had not gone cold on Him either by completely deserting Him.  No, they were right in the middle.  They were lukewarm.  They were like that water that was making the town of Laodicea sick, water which had lost the heat it needed to kill all the harmful bacteria within it.  And just as that water made the people of the town throw up, these spiritually lukewarm Christians made Jesus throw up too.

This was a church who had lost all its passion for Christ.  They weren’t ready to overtly desert Jesus, no.  They hadn’t gone cold on Him, even though He would have preferred that (v. 15).  No, they were content to be apathetic, complacent, to simply go through the motions of following Him with no real desire to do so.  They were similar to those Jesus had cited Isaiah as prophesying about: people who hypocritically honored Him with their lips while their heart was far from Him (Matthew 15:7-8).  What’s worse is that they didn’t even know it.  They had failed to examine themselves, and to do so honestly and soberly (2 Corinthians 13:5; 1 Corinthians 10:12; Romans 12:3).  They had lost their spiritual wealth and had removed their spiritually white garments which had made them pure in His eyes.

That’s why Jesus exhorted them to buy spiritual gold from Him, gold refined by fire to remove all of its impurities (v. 18a).  In other words, He wanted them to start laying up treasures in heaven again (Matthew 6:19-20).  He also told them to buy from Him those spiritual white garments cleaned by His blood (v. 18b), which they could only wear by choosing to walk in His light again, acknowledge their sins and mistakes and receive cleansing and forgiveness (1 John 1:7-9).  He wanted them to buy spiritual eye salve from Him (v. 18c), to open their eyes and see their true spiritual condition and how to fix it.

Basically, Jesus wanted them to repent and get their zeal for Christianity back (v. 19).  He wasn’t going to force them; no, He was standing at the door of their heart and knocking (v. 20), hoping that they would hear His voice, open that door and become conquerors (v. 21).

Dear reader, are you on fire for Christ?